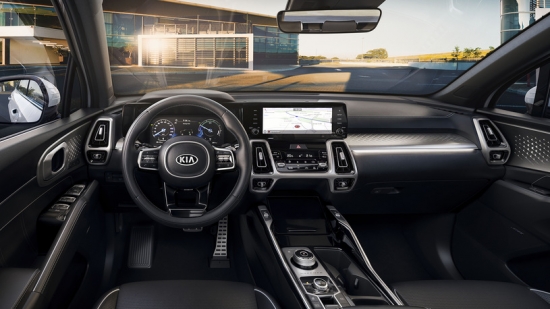 The largest European SUV, the Kii, was supposed to make its debut at the Geneva motor show, but plans were thwarted by a coronavirus. So instead, the Koreans prepared the premiere of the Sorento in an online version. It will take place on March 19 at 12: 30.

The body of the new Sorento has sharp lines and edges and is noticeably more sculpted than the body of its predecessor with more rounded edges. The front part attracts attention with a distinctive tiger-nose radiator cap, which is now wider and optically covers even the headlights. They are equipped with new led daytime running lights that resemble the outline of a tiger's eye. The sharp" look " of the Sorento is complemented by a wide rectangular air intake in the bumper and air curtains on the sides, whose task is to correctly control the air flow around the car. 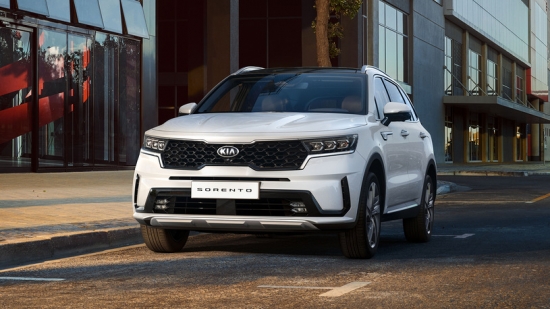 The fourth-generation Sorento, inspired by the appearance of the Telluride model, has vertical taillights that overlap the sides of the body. Its sharp edges, very technical front view and numerous horizontal lines make the car wider than it actually is. On the sides of the rear bumper are dummy exhaust tips and, as in the front, a protective plate grille, which harmonizes with the aesthetics typical of SUVs. In terms of design, the new Sorento references other new Kia brand models, such as Telluride and ProCeed. The model name is centered on the trunk lid. A built-in spoiler hides the rear wiper, which not only improves reverse visibility, but also does not interfere with the minimalist appearance of the rear body.http://fiatforum.lv/http://fiatforum.lv/